Diagnosis and treatment of brain disorders

The availability of MRI in clinical and laboratory settings at our institute offers an ideal means for translational research in patients and clinically relevant animal models of brain disorders. Multiparametric information on vessel patency (MR angiography), blood flow (perfusion MRI) and tissue damage (structural MRI) can be obtained in a single session. We are applying various MRI methods to get improved insights in brain pathophysiology, and to test novel treatment strategies in different rodent models of brain disorders, such as stroke and epilepsy. Furthermore, we are developing machine learning strategies for tissue classification and outcome prediction based on multiparametric MRI data. These tools, which are also being tested in clinical settings, may help to improve diagnosis and treatment decision making.

Cellular/molecular imaging
Recent advances in contrast agent design – allowing agents to be long-circulating, cell-loadable and/or targeted – have enabled measurement of tissue vascularity, cellular infiltration and endothelial markers with MRI. This requires interdisciplinary cross-talk, for which we have teamed up with (inter)national experts in nanotechnology, cellular and molecular biology, and pharmacology.

Cell labeling with superparamagnetic contrast agents – under in vivo or in vitro conditions – allows MRI-based detection of labeled cells. This approach can be employed to measure infiltration of leukocytes, like monocytes and lymphocytes, which play a critical role in brain pathophysiology, but it may also be of use to monitor delivery and fate of stem cells in cell-based therapies.

MRI of molecular entities is feasible with targeted contrast agents. Targeting can be accomplished by conjugation of a specific ligand – e.g. an antibody – to a contrast agent complex. We have shown that endothelial markers, such as cell adhesion molecules involved in binding and infiltration of circulating leukocytes, can be detected following intravascular injection of selectively binding contrast agents. 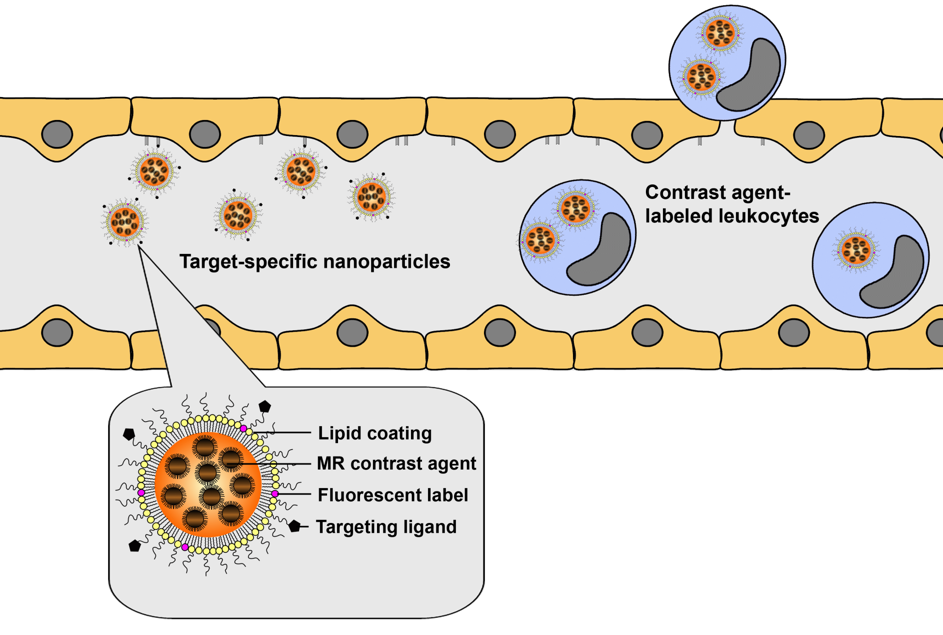 Schematic overview of the concept of cellular and molecular MRI of neuroinflammation. Target-specific contrast agents allow detection of upregulated endothelial markers, such as cell adhesion molecules, while infiltrating leukocytes can be detected after specific cell labeling with contrast agents. Multimodal lipid-based nanoparticles with incorporated MR contrast agent and fluorescent label can be designed for combined MRI and optical imaging of cells or molecular markers. Courtesy of Geralda van Tilborg.

T2*-weighted MR images of a mouse brain slice before and 1 h after injection of micron-sized particles of iron oxide coated with antibodies against intercellular adhesion molecule-1 (αICAM-1-MPIO), at 24 h after ischemic stroke. The lesion is characterized by edema-associated signal increase in pre- and post-contrast images, while a vascular pattern of hypointensities, reflecting neurovascular inflammation, appeared after αICAM-1-MPIO injection. Courtesy of Lisette Deddens. 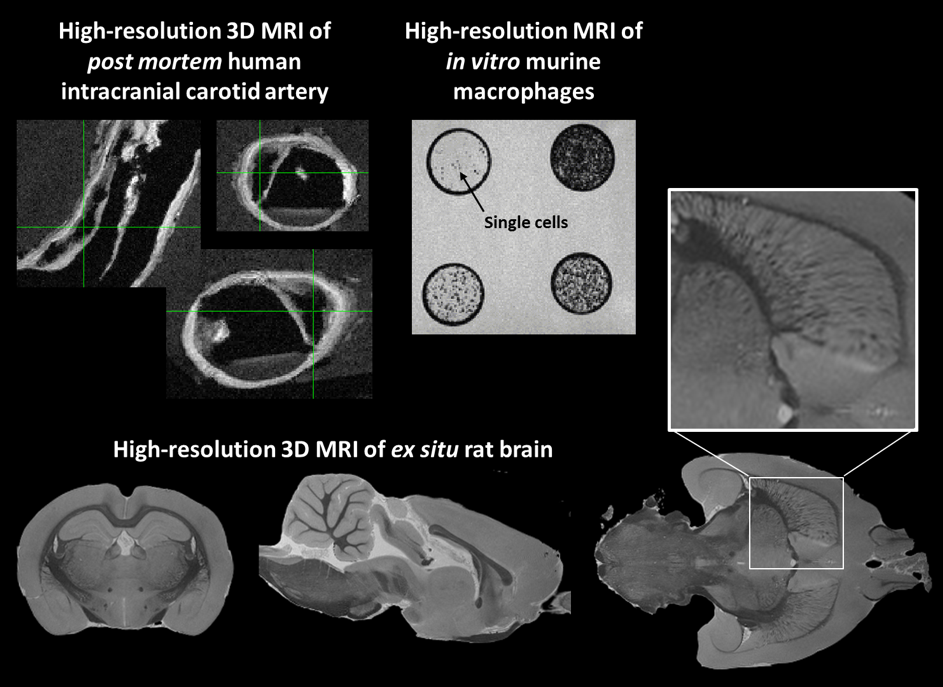 Advantages of post mortem/ex vivo MRI as compared to conventional histology include absence of tissue processing artefacts, reduced time and labor for acquisition, unique and adjustable tissue contrasts, and straightforward digital 3D assessment. This can be exploited for digital brain atlasing and morphological phenotyping, enabling accurate anatomical comparison within and between experimental groups. 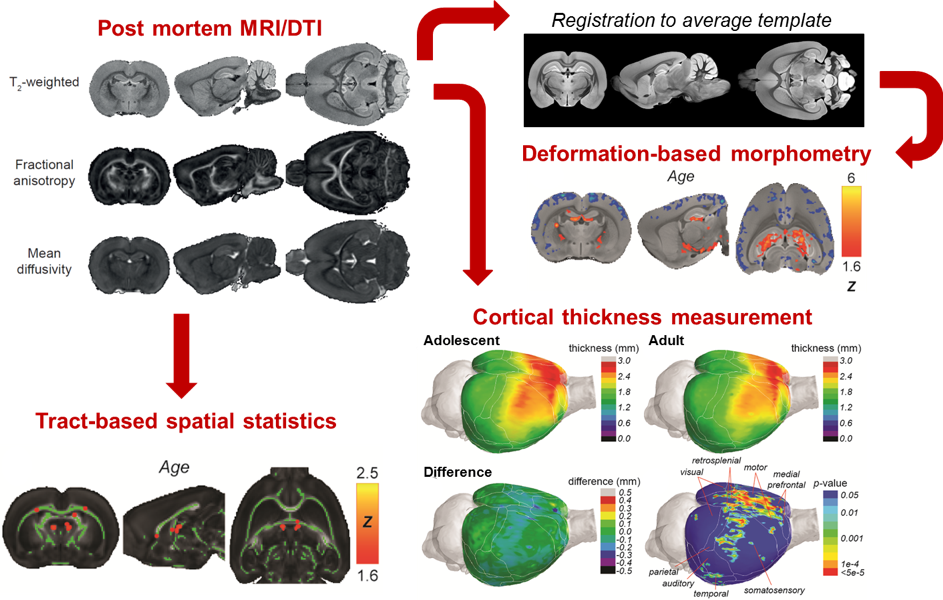